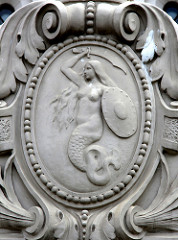 The Ócsa Militirum (Vallo: House of Soldiers) is a national military museum of Our Sentinels (the Common Guard) — the military of the V.F. — and one of the major regional military history museums in Vhallonesia. The museum is under the technical and administrative chain of command of the Common Guard Military History Research Office. It is built upon an ancient Roman legionary fortress in the Antica neighborhood of Martžu. The museum includes the largest collection of Roman-era military pieces in western Europe.

History of the Museum

The building was constructed from 1875-78 as a museum on top of grounds that had been used for military purposes since the time of the Roman invasion. Installed on the ground floor were the weapons of the early to mid 20th century and the upper floors housed exhibits of older arms and edged weapons. In 1914, the "Saxon" wing was established to house artifacts from the Nantes Crusade. After World War I exhibits were also created for the Crimean War and a large diorama of the Battle of the Somme, in which many Faelish conscripts had served Britain.

Following the British evacuation, Pentapoli refounded the museum in 1965 with local history being showcased. The focus of the museum was the history of Pentapolis in the Middle Ages and their neighbors in Falx and the Ferraione Archipelago. In 1991 the Directory authorized a local renaming of the museum (heretofore called simply "Military History Museum") to Ócsa Militirum.

In 1995, the General Government opened an architectural competition in an effort to breathe new life into the old building, stating that they hoped to find a submission that ‘illuminated the way we think about war’. Similar to I.M. Pei’s 1989 glass pyramid in the Paris Musee du Louvre palace, the Museum hoped to retain their original structure while connecting additional gallery space.

Moriellu's artificial lake and "castle" addition to the museum.

The addition he created is a brutalist "castle" (complete with moat) to illustrate the definition of warrior castes in society as a group apart, often isolated and, to an outsider, cold, amoral, and pragmatic. The interiors, however, are bathed in natural light to symbolize what he calls the "...warrior tradition of inward battle, in which they find their own nobility and purpose by discovering their role in society. The warrior can be discreet, magnanimous and lovers of virtue and regarding honor very much."

While some criticized Moriellu's apparent glorification of war as a "luminous enterprise", he responded that in his limited philosophical view, destruction and death are natural parts of life, and therefore something we should embrace and understand lest we "do worse," as he put it.

He quoted Nietzsche to prove his point:

"Wherever progress is to ensue, deviating natures are of greatest importance. Every progress of the whole must be preceded by a partial weakening. The strongest natures retain the type, the weaker ones help to advance it. Something similar also happens in the individual. There is rarely a degeneration, a truncation, or even a vice or any physical or "moral" loss without an advantage somewhere else. In a warlike and restless clan, for example, the sicklier man may have occasion to be alone, and may therefore become quieter and wiser; the one-eyed man will have one eye the stronger; the blind man may see deeper inwardly, and certainly hear better. To this extent, the famous theory of the survival of the fittest does not seem to be the only viewpoint from which to explain the progress of strengthening of a man or of a race."