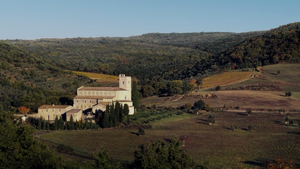 The Monastery of Assumpta, outside the town of Catillo.

Catillo Iñaterra is the capital of the fuero of Carpetania in the Valadurian Republic, Faeland, situated close to the border with Lito. The population in 2007 was 4,257. The city was built around a castle constructed by the English (hence its name: England Castle) which was taken by their Spanish rivals on the island during the Anglo-Spanish wars. Insult was added to injury when the new overlords made it the capital of their province. The original castle was meant to defend the western approach to the lowest mountain pass in the entire Teraba Range and access to the rich coastal plains surrounding Faultois. The city is at an elevation of 790 feet above sea level.