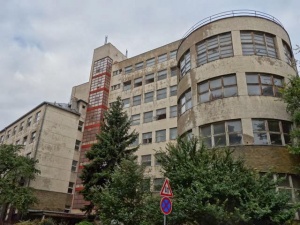 The Directory is the 11-member executive council which constitutes the federal government of Faeland and serves as the collective head of state. While the entire council is responsible for leading the federal administration of Faeland, each Director heads one of the eleven federal executive departments.

The Directors are, in alphabetical order

Operation of the Directory

Each year, one of the 11 Directors or a former Director is elected by the Diet as Federal Chancellor. The Diet also elects a Vice Chancellor.

According to the order of precedence, the Federal Chancellor is the highest-ranking Faelish official. He or she presides over Directory meetings and carries out certain representative functions that, in other countries, are the business of the Head of State. In urgent situations where a Directory decision cannot be made in time, he or she is empowered to act on behalf of the whole Directory. Apart from that, though, he or she is a primes inter pares, having no power above and beyond the other Directors. 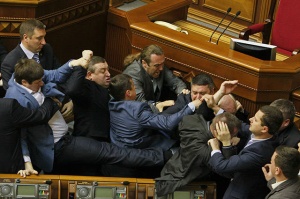 The Directory operates mainly through weekly meetings, which are held in the capital, Cathír na Fil.

After the meetings, the Directors usually take lunch together. The Directory also meets regularly in conclave to discuss important topics at length, and when possible conducts monthly excursions, strictly dedicated to a particular Director who would like to demonstrate topical issues for his peers.

Each Director heads a government Ministry, Office, Bureau or Service, much like the ministers in the governments of other countries. Colloquially and by the press, they are often referred to as ministers, even though no such post officially exists. However, as Directory members, they are not only responsible for their own department, but also for the business of their colleagues' departments as well, and for the conduct of the government and the federal administration as a whole.

Decisions to be taken by the Directory are always prepared by the responsible department. For example, a change in the salaries of federal employees would be proposed to the Directory by the head of the Federal Treasury, to whose department the Federal Office of Personnel belongs. Before a vote is taken at a Directory meeting, though, all proposals are circulated in writing to the heads of departments, who commission the senior career officials of their department - the heads of the federal offices - to prepare a written response to offer criticism and suggestions. This is called the co-report procedure, designed to build a wide consensus ahead of a Council meeting.

To prepare for important decisions, an additional public consultation is sometimes conducted, to which the Member States, the political groups and major interest groups are invited, and in which all members of the public can participate. If a change in a federal statute is to be proposed to the Diet, this step is mandated by law. In such cases, the consultation procedure also serves to identify political concerns that could later be the focus of a popular referendum to stop passage of the bill at issue.

The decisions themselves are formally taken by voice vote by a majority of the Directors present at a meeting. However, the great majority of decisions are arrived at by consensus; even though lately there is said to be a trend towards more contentious discussions and close votes.

The meetings of the Directory and the result of the votes taken are not open to the public until after their terms of office expire. This has lately been the subject of some criticism. In particular, the parties at the ends of the political spectrum argue that this secrecy is contrary to the principle of transparency. However, the Directory has always maintained that secrecy is necessary to arrive at consensus and to preserve the collegiality and political independence of the individual Directors.

Despite the secrecy rule, details of the votes and the arguments in meetings are sometimes leaked to the press, resulting in (generally fruitless) investigations and criminal prosecutions of the leaking staff member.

The members of the Directory are elected for a term of four years by both chambers of the Diet. Each Director is elected individually by secret ballot by an absolute majority of votes. Every adult Faelish citizen is eligible, but in practice, usually Members of the Diet or more rarely, members of State governments receive a substantial amount of votes. The voting is conducted in several rounds, under a form of exhaustive ballot: in the first two rounds, anyone can enter their name; but in subsequent rounds, the person receiving the least votes is removed from the race until one candidate gains an absolute majority.

Once elected, Directors can remain affiliated with their political groups, but may not hold leadership positions with them. In fact, they usually maintain a certain political distance from the leadership, because under the rules of collegiality, they will often have to publicly promote a Directory decision which does not match the political conviction of their group (or even themselves, as the case may be).

Once elected for a four-year-term, Directors can neither be voted out of office by a motion of no confidence nor can they be impeached. Re-election is possible for an indefinite number of terms, and it has historically been uncommon for the Diet not to re-elect a sitting Director. In practice, therefore, Directors tend to serve until they decide to resign or are not re-elected. The historical average is three terms.

Unlike most senior members of government in other countries, the Directors are not entitled to an official residence (however, the Diet can supply these at will). Mostly, they have chosen to rent apartments or hotel suites in Cathír na Fil (at their own expense); the contemporary exception being Kian B. Ryan, who daily commutes by train and bicycle from Althóan to the capital.

While Directors can draw on a security detail from the armed forces if they need personal protection (in particular during official events), it is more usual to encounter them without any escort at all in the streets, restaurants and tramways of the city. Directors are entitled to a personal bailiff who accompanies them, in a colorful uniform, to official events. This tradition is directly traceable – through the governments of Pentapolis cities – back to the lictors of the ancient Roman Republic.

The spouses of Directors do not play an official part in the business of government, apart from accompanying the Directors to official receptions.

Directors draw a yearly remuneration of about EUR 400,000. After completing one full term of office, they are entitled to a ten-year pension of half that amount after leaving office. Traditionally, most decline as an act of charity to the state.

While Directors are forbidden by law to hold any other post during their term of office (civic or private), it is not unusual for them to accept job offers after their service.

Directors, like Members of the Diet, enjoy absolute legal immunity for all statements made in their official capacity during their term.

For crimes and misdemeanors not relating to their official capacity, they can be criminally prosecuted while in office.

Prosecution for crimes and misdemeanors that do relate to the Directors' official capacity requires the assent of the Diet. In such cases, Parliament can also suspend the Councillor in office (but not actually remove her or him). Once the term ends, if the Director is not re-elected, he is eligible for prosecution without the protection of the Diet.

As elsewhere in the General Government, the Directory has limited control over certain aspects of governance. For instance, the Federal Communications Service is not a regulatory agency, but a coordinating service between the Communications Departments of the Member States whereas, for example, the Bureau of the Environment has full authority to overrule any similar office of a Member State.

Various suggestions include an end to immunity, the ability to impeach, and external oversight, to name a few.