Deprecated: The each() function is deprecated. This message will be suppressed on further calls in /home/customer/www/vvikipedia.co/public_html/includes/MagicWordArray.php on line 197
 Economy of Faeland - Anglo-American Cyclopaedia 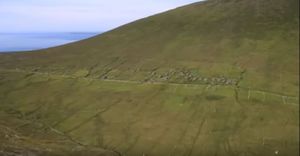 Strip farming is a traditional practice in the Aoláin Foothills.

The economy of Faeland is small and subject to high volatility. In 2011, gross domestic product was equivalent US$7.1bn. The financial crisis of 2007–2010 produced a decline in GDP and employment, although the magnitude of this decline remains to be determined. Faeland has a mixed economy with medium levels of free trade and government intervention. However, government consumption per se is less than other "socialized" countries because many of the regulated industries have been spun off into technically private enterprises. Mining, particularly in Lito, has been a significant industry alongside agriculture.