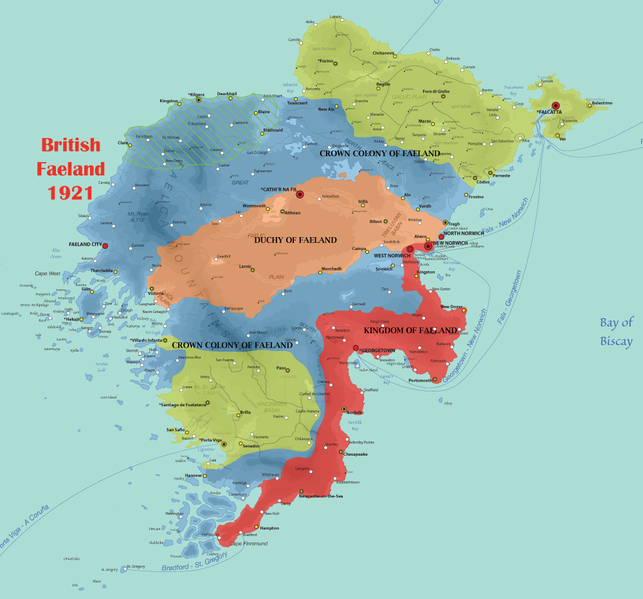 British Faeland, 1921. Prior to hostilities culminating in independence.

The Dominion of Faeland (colloquially known as The Demesne), was administered in three parts.

Although Britain's dominion was island-wide, tangible authority rarely extended outside the Kingdom, Duchy and colony. In particular were the regions of Valaduria and the Latin Coast (yellow), called by the British the Valadurian March and British Rumania, respectively.

Irish immigrants migrated to the Dhiall (green hatchings) beginning in the 1840s. Although not politically independent, their presence in the colony exacerbated already strained relations between the locals and the colonial government.

Click on a date/time to view the file as it appeared at that time.

The following 4 pages link to this file:

This file contains additional information, probably added from the digital camera or scanner used to create or digitize it. If the file has been modified from its original state, some details may not fully reflect the modified file.
Retrieved from "http://vvikipedia.co/index.php?title=File:Faeland_1921.png&oldid=9966"