The Flag of Georgetown. 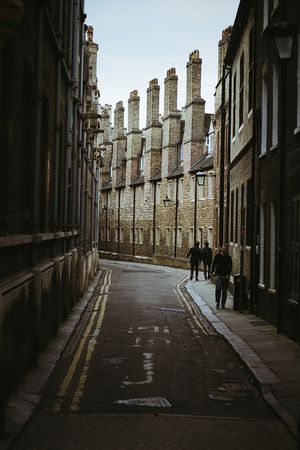 Georgetown is a walled city, situated at the mouth of the River Dommusle at the top of the natural harbor of Caesar's Bay, in Lito. The city has a rich heritage and has provided the backdrop to major political events throughout much of its existence. It is the capital of the Dominion of Litus. 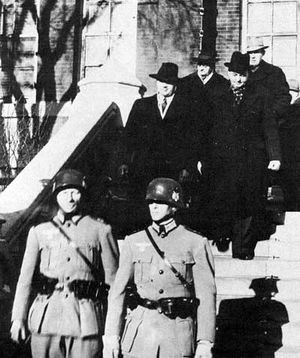 Georgetown's location on the River Dommusle atop a harbor means that it has long had a significant position in the nation's transport system. The 19th century saw Georgetown, under the influence of Theodore Maguire, become an important hub of the railway network and a manufacturing center. In recent decades, the economy of Georgetown has moved from being dominated by its railway-related industries to one that provides services. The University of Georgetown and the health services sector have become major employers. Tourism also boosts the local economy because the city offers a wealth of historic attractions, of which sites from the civil war are the most prominent. In 2009 it was the 7th most visited city by Faelish residents and the 13th most visited by overseas visitors.

Georgetown developed rapidly during the 19th century. Originally it was an area characterized by villages clustered around the city or along the main roads, surrounded by farmland, with marshes and small communities by the River, serving the needs of shipping and the British Royal Navy. Until the arrival of formal docks, shipping was required to land its goods in the Legal Quays, or Pool of Georgetown, but industries related to construction, repair, and provisioning of ships flourished in the area from earliest settlement. The area attracted large numbers of rural people looking for employment. Many immigrants also worked in the shipping industry. The abundance of semi- and unskilled labour led to low wages and poor conditions throughout the city. This brought the attentions of social reformers during the late-19th century and led to the formation of unions and workers associations at the end of the century. The radicalism of the town's working class contributed to the formation of the Litan Communist Party.

w:View>Normal/w:Vieww:Zoom0</w:Zoom>c-logoclaff:DEEP-CITY<w:TrackMoves/><w:TrackFormatting/><w:Punctuation:ingsoc-ket/<w:ValidateAgainstSchemas/nuzpk><w:SaveIf_X_Invalid>false lead>>/w:SaveIf_null_Invalid> w:IgnoreMixedContent>false</w:IgnoreMixedContent><w:AlwaysShowPlaceholderText>??p</w:AlwaysShowt&w:DoNotPromote-string/SoS>"The exhibition is precisely the detachment of the art from its context. For example the statue on the altar vs the statue on a plinth in the museum. This commutation is precisely the transfer from one cosmology to another. In this case one based on divine faith to selfish faith."