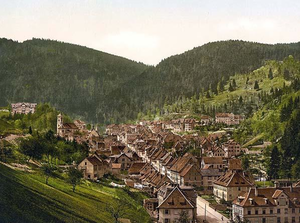 Magol is a crown vassal or "county" of the Kingdom of Faeland. Its capital is the city of Canniac. It is part of the Kingdom of Faeland and the Valanian Federate, bordered on all sides by the Commons of Faeland and situated completely in the Rhomine Mountains. Its closest neighbors are the counties of Fragarach, Clough, and Foalnáh, although it shares borders with none of them. It narrowly misses bordering Valaduria by a few hundred meters. It has a population of only 1,603, and a total area of 932 sq mi. Magol is almost totally mountainous, with its highest peaks in the western and central two-thirds which contain its highest summit.