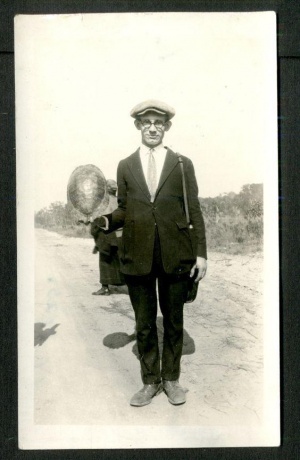 Paołu Čínre (Paul Branch) (December 1, 1869 – November 17, 1926) was a Faelish-born futurist and poet who relocated to Çilvhare. During his lifetime he was celebrated around the Mar Qies as one of the great dirigible pilots, although he never gained equivalent success as a writer. Frank Ballast criticized his poetry saying that "...(it) only goes to show how useless poems are in the industrial world. His poems go backwards in a world racing forward. Plus he sucks."

Although born in the Ríocht Fíl, he wrote in Vhallonese as his family spoke English at home, not Faelish.