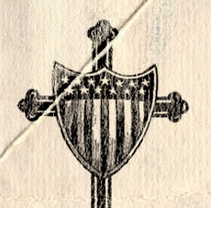 Early symbol of the faeltrekker movement, work into a flag or something

two towns in the plains, source of name

http://en.wikipedia.org/wiki/Bonus_Army - sent to "colonize" first but largely forgotten as was overshadowed by the second WW

might want to look at the vice documentary capitalist cowboys...

where did it come from? 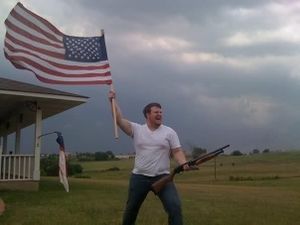 A descendant of an early settler

thinking that F was suddenly colonized, in a scramble, so to speak, a la Africa- at the advent of the steam era perhaps when it finally became worthwhile to inhabit the place. hte british had a foothold and so ran with it, but as their empire was handed over to the Americans, they in turn settled it. or we should say, the yokels did, as land was cheap and those are always the first settlers to arrive. instead of turning the land over to "profitable production," however, these Appalachian authority men saw fit to inhabit and do a bare minimum in order to stave off fat cat developers later on. in time, these rednecks have dug themselves in like ticks. makes for an interesting new culture which is.....hmmm. i think this is the situation the printers apprentice leaves ..... not sure.

the primary social unit of the faeltrekker is the individual. families are outdated.

during second civil war in faeland? a possible occupation? or related to the original appearances of colonists. those who seek the final frontier in order to conquer the imagination.

interested in perhaps shellacing the whole wiki site as is and placing in a corner of the internet as "fwikipedia.org" then, i can maintain my own machine for personal purposes. in the meantime i need to compose some notes from the underground so to speak to put in the zine/radio program. valania surrexit. meantime i can start building one off websites to sit around the internet, perpetuating the story, just like my books will do. visitfaeland, of course, will become a travel promotion/blog.

there are local populations of westmen, i.e. slaves of vikings....settled north of the mountain (other side of gaol plain) in camps in order to fell forests for timber for longships. these eventually rebelled and established seastates/pirates republics. perhaps in some cases they were established uprivers in gaol plain....but the denser forests were on windward sides vs river valleys. in cape west area, coastal plains which wrap around to north side of mountain. gaol plain was occupied by too many horse tribes for vikings to effectivley establish settlements. rivers are one thing but to establish long term operations in sparsely forested flatlands occupied by horse people.....another. so they made forts near cape west and had forestry operations