for general govt structure, and a way peace was maintained among the broader cultural group.

and raiding system of their "empire" which was structured so. 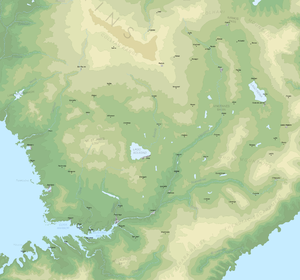 something of an exonym. the idea is that the two major polities of anzolo valley and Upper Ligustino make atria, as the term more or less translates to in their dialects, understood as res publicas or great assemblies of people, kinda tribal kingdoms of a sort. but they are superior in prestige and numbers to the three lesser "paths" i.e. small valley states (known as pathways through mtns) SHOAL, UPPER nuevebreo, and LOWER EVEbreo valleys. sometimes also titled "forecourts" as though assemblies a la atria except "before" the house, that is the fhendiac escarpment

connection to the alnish kingdom, main cultures at the heart/midlands:

arrival of the spaniards

the main thrust of colonization was not large-scale settlement but rather breaking apart of local societies for regular taxation and forced conversions. The spaniards themselves largely stuck to the coasts and major NEW settlements, such as Porto Viga: