Difference between revisions of "Talk:Fáel" 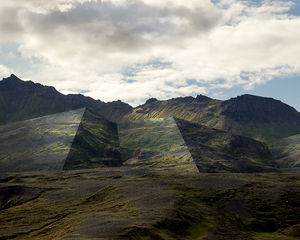 I like this image as perhaps the main image for the new visitfaeland.com tourist site. and of course need to get this issue. Artist Mark Dorf

for future use on visitfaeland.com

We defeat the world by ignoring it.

Islands in the Stream

Pentapoli = Vhallonesia (arguably from Valania/Vallones or Germanic contact vlachs as attested in Middle Ages, when natives and outsiders began to refer to them as such); also resolves the overly subtle pentapoli/pentapolis difference

"Lazareth"? Perhaps the name in old texts. medieval or otherwise. seeing the island as a quarantine for all sorts of noxious marine borne disease.....whatever those may be

under economy need to add basic intro to energy in faeland followed by spin off article,

use these for reference:

the bowl, or pot, is a sacred vessel of the Faelish people much like the box is to the bergonian. in many cases the clannish people of the island are often in open conflict with one another, whether or not this erupts into violence. because of this, and perhaps also in reference to the calderas, faelish history has often been called "boiling" tumultuous, story and roiling, and similar metaphors. even today this way of life is reflected in the new terminology, which taxonomizes such as "civil war". (i have notes about this in commonplace V

in the idiosyncrasies of faeland i have listed the cloak or cape:

get to it (imported roman custom that meshed well with local celto-faelic garb).

particularly pay attention to "use":

could be cool. strictly speaking this seems like a "clay culture" (aka semitic) artifact, as in, couldnt develop as such in faeland. however, perhaps could be altered...made out of wood? perhaps an import from roman signet ring practice. who knows.

rather than walls or agger roads, often pruned trees or bushes, hedges, were seen as delimiting a territory. this was a habit of the midlands originally and spread west up the slopes of the rhomines and north to the Almuhr highlands as the lowlands were cleared for cultivation. where orchards and groves were still common - in the mountains - the practice endured. it had the added benefit of anchoring the land and slowing erosion

in the demesne period the practice was revived somewhat and altered with addition of anglo-french style hedgerows.

Among the oersiders, the south was considered the left of the world, the north the right. it is supposed that this oceanic facing perspective could imply an origin for the people from across the ocean. whereas within the midlands and pretty much everywhere else, left was considered north and right south. it is unclear which was the "original" to the island and which evolved/diverged later. if that was even the case.. it is entirely possible the orientations are both native and natural to the orientation of economic activity of the peoples.

as for theories as to the introduction of one or the other cardinal system supplanting a native one... two possibilities have been put forth: an import from mesoamerica for the left-south and an import via celts or other iron age europeans for the left-north.

written records do not illuminate the divergence. it is known that the dialects of the west coast are more conservative and less celticized by the washing than those of the faelish plain/basin. therefore it is likely the left-south has pre-contact origins. on these grounds we could assume the left-south orientation is primary and, if there was a change, it happened after the contact or at any rate later. unfortunately there is no evidence to prove or disprove this particular hypothesis one way or the other.

traditionally families are thought of as male line and female line. women have family names and lineage and men have their own. so, typically, within, or for, every clan, there is a female clan, and a male clan. how much they correspond in ritual and language varies widely. but often these are "fused" from the perspecitve of outsiders. it is seen as a coupling of families, not as an internal division of the clan

homeschooling and decentralized but this is good too

i swore i wrote the article already but i guess not. back in 2011 while working on ROA. whatevre

Lying for the sake of the improvement of the

young, which is the basis of home education, still lingers amongst us, and its advantages are so admirably set forth in the early books of Plato's Republic that it is unnecessary to dwell upon them here. -Wilde

Scotland is not wholly surrounded by the sea – unfortunately,” the nationalist poet Hugh MacDiarmid wrote in 1934, and yet to many people south of the border it might well have been. (I don’t always mean metaphorically: my father remembered a Lancashire workmate asking him which port he caught the boat from when he went home to Fife.) English ignorance of Scotland has always been considerably larger than Scottish ignorance of England. Some of the imbalance is understandable: as the political, administrative and cultural capital, London made its presence felt everywhere. But it must also be said that what a variegated country such as India would know as a “programme of national integration” has never been seriously attempted in Britain. My Scottish state school introduced me to the works of Keats and made me rote-learn the causes of the English civil war, but I doubt that a sixth-former at an English state school got to know much about Burns or the Covenanters. The year 1707 should matter as much in England as Scotland, as one of the United Kingdom’s foundational dates, but until recently, in my experience, few people in England could identify its significance. For these and a hundred other reasons, it’s hard to avoid the conclusion that Scotland took the British project more seriously than England did, and that London’s careless stewardship of a pan-British identity – and a pan-British economy – fostered the growth of Scottish grievance and alienation.

perhaps "septimontium" can be revived. an island off the coast of new norwich. run by pentapoli? or perhaps falx is restructured? either way it's a vestigial thing, owned forever by the government of falx as some ancient trading/fishing village, development began in the teens to make it into a luxury gaming haven, then with the great war it became a seedy slum, revitalized again after wwii to be the "monaco of biscay". new norwich is independent, west norwich is the great kingdom hinterland and this island, whateveer it ends up being called, is part of pentapolis or another country, but run as an autonomous unit, governed by its own board. maybe a venice style government of merchants? since falx is already with a roman thing. yeah that might work out better in fact. an autonomous islet. and of course new norwich becomes a european destination. lots of money, and a magnet for investment as the isle expands and banks set up shop due to conservative banking laws. interesting.... perhaps as the island grew throughout the 70s and into the glitzy 80s, a ash of culture projects produced museums and replicas of great european cultures, attracting ever more tourists to "neon history".

not so keen on placing it in new norwich. or west coast. in fact in the north, as a failed dreary attempt might be the best way. you cant revive the past: "Like the joke about Goring...the one where Goring buys Rome and has it shipped to his mountain retreat and then set up again. And revives Christianity so his pet lions will have something to -" (Man in the High Castle)

we are the uniformed, sanctioned armed thugs that enforce not the laws of the people....but the will of the state

perhaps in riocht fil though, the national guard is the gendarmery. a sort of town militia called out. making the people responsible....somewhat. i dont think anyone would be willing. too busy at their day jobs. which is good. the professional soldiers got this.... :|

most ancient relic of the people:

some whack scientist wants to link to spain and france, and drain the ocean between, connecting faeland to europe

not sure why this was in my notes, but:

The "Preasidium Project" is a space relocation program, espoused by some as a way to depopulate Faeland, living in a space colony where no harm will be done to any non-human creation. Allowing humans to be god-like and least destructive. :P

Faeland and the European Union

article needs writing to elaborate on opinions of EU. Starting out:

maybe not sure how this goes in Faeland but: https://en.wikipedia.org/wiki/The_End_of_History_and_the_Last_Man "The End of History was never linked to a specifically American model of social or political organization. FollowingAlexandre Kojève, the Russian-French philosopher who inspired my original argument, I believe that the European Union more accurately reflects what the world will look like at the end of history than the contemporary United States. The EU's attempt to transcend sovereignty and traditional power politics by establishing a transnational rule of law is much more in line with a "post-historical" world than the Americans' continuing belief in God, national sovereignty, and their military." -Fukuyama (maybe quote him as a philosopher in Faeland?(

According to Thomas Risse and Tanja A. Börzel, "The EU only lacks two significant features of a federation. First, the Member States remain the 'masters' of the treaties, i.e., they have the exclusive power to amend or change the constitutive treaties of the EU. Second, the EU lacks a real 'tax and spend' capacity, in other words, there is no fiscal federalism."[13]

Let's use a hypothetical "American Caliphate" as an example.

the wolf skin on the right....

outside or around Argentau, on the border, known for this mysterious feature:

thinking to move it out further from europe. dead center atlantic area. bergonian but also Saramagan in that the place falls between the two continents. speaking of, multiple mediterraneans: baltic, gulf, sea of japan

perhaps some of these got off to vhalona and morphed into something as well. perhaps it is the man in charge of the reshaping of Schonerry. On second thought, link it to Christism. Perhaps this mystical xty and the philosophy of SAZ combine to form a new island "church". something deeply local. calling on all manner of indigenous imagery.

i suppose it could originate, or the migrants who brought the RC to fael, could have settled in the area of schonerry, whether or not they have a presence now, the land will be known far and wide on the island as the place where that particular fraternity met. (n.b. duplicated on the crown vassal's (c.v.'s) talk page

use this to get screen caps of talking heads. these kinda shite productions

optima font? to replace on the map...

add these where relevant (may have already. taken from sticky note found)

n.b.- "destruction of the seven cities";

try and remember the name of the tomb/town of33/italy somewhere in umbria. might have to do with the sabines

use the temperature chart here:

i find this site inspirational and kinda like the idea of deconstructing my wiki. although this way involves a lot more labor: