Difference between revisions of "Talk:Sasarg" 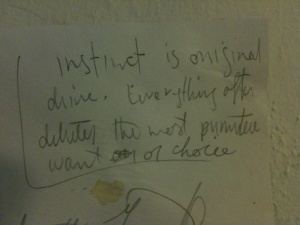 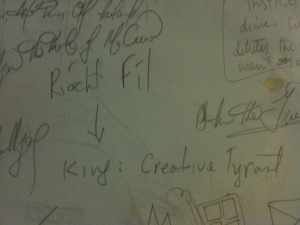 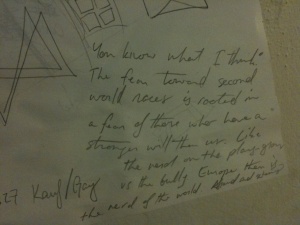 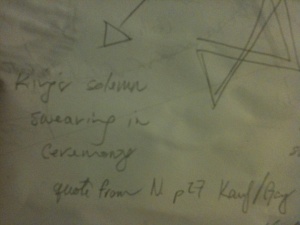 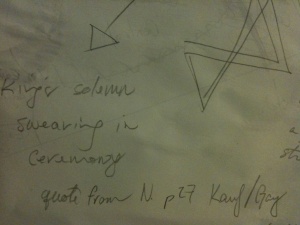 an example of the king being the protector of his subjects against each other - a more important role than ruler per se:

The Goths, meanwhile, lived under their own laws and customs. In 519, when a mob had burned down the synagogues of Ravenna, Theoderic ordered the town to rebuild them at its own expense.

impartial and their power is mainly symbolic, as their main duty is to represent the country and to guarantee the social order

there is always a ruling king and queen. known as the lighthouse and the belltower, respectively. for the monarchs' role to guide and congregate the people

there is always sacral "marriage" of the two but it can take the form of ceremonial union, or an alliance. but it is not soluble and if one dies the other must "remarry".....or maybe they must step down and a new tanist is enthroned

should also convert to being an emperor. to some degree. as representative of all faels. king of faels/emperor of faeland. sorta thing. like perhaps when the british were there, they saw the faelish kingdom as an imperial machine over the lesser kingdoms of an ethnic character otherwise, throughout the land. and when this throne was vacant, king george iii or iv took the title for himself. or perhaps the duke was conflated with the title. leader of all faelands. something like that.

so in english the "office" is called the Vŭzel Herrien (Empery of Faelands). a semantic translation, lit. "knot of peoples". and the two are referred to as Sasarg & Xanpai respectively. the light and the sound, poetically the lighthouse and belltower

powers and nature of the monarchs

Should be a popular monarch, with prime minister being head of state (territory). i.e. King of Faels (rí na Faeilge) and PM of Faeland

based on etymology. change the word for king to a root that means something like “source” or “fountain”. something basic. Plower even. Guide. i don’t know…

but then, when it comes to the concept in Faelish culture, it is understood that kings are national entities. proper to a tribe. a king cannot rightfully reign over a non-related people. of course, he can “rule” over them. so where a ruler of a tribe might be called a king, a ruler of many tribes (nations) must be a king to one of them, but to the others an “over”-king, or king -upon. cf. king IN ireland, not king OF ireland. the distinction is minute and a matter of locative/genitive. but it is important.

so the idea of empery exists in faeland but not an as epic a scale as we think for western civilization. a leader of a tribe who brings another tribe into submission is considered an emperor by faelish standards.

so ig Rig is king, Art Rig (high king) should be changed to something more like over-king/king-upon

name of king translating as the little people. i.e. the miniaturized populace. the people, as state, in miniature or represented-as-by the guy truly

was watching i think it was farewell my queen and the name came to me Ǐšing (pronounced Ishing) that is one dialect.

there is also the idea of the king as "our king" indicative of his position as a ruler of the "we". the various peoples.

lit: "the our power"

ahur / rukarra (the palm - thought of as center of the fingers of faeland, also known as the Gates of Faeland

"the dazzling mirror of the monarchy itself"

Talk:Láeg - for info on heir apparent

for his status as lord of sea states see Talk:Ríocht_Fíl#unique_institutions