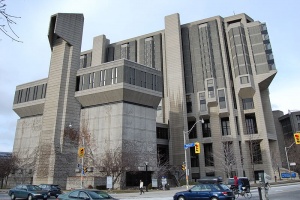 The University of Ezinge is a Faelish public university in the Saxon Autonomous Zone region (Crown Vassal) of Ríocht Fíl. It is situated across four campuses in Ezinge.

The University of Ezinge is the SAZ's largest university and with its numerous extramural institutes, the area is known as one of the most densely settled research landscapes in the Faelish Riviera. As for the University itself, more than 3,000 people are employed working in scholarship and science. As a winner in the competition "Excellence in Teaching" by the Student League for the Advancement of Science in Faeland, the University of Ezinge is rigorously implementing its plan to further improve teaching.

The following people and groups have either their origins or current home at the university: