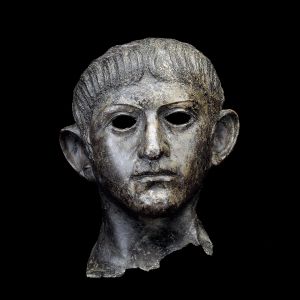 Claudius, 4th Emperor of Rome and conqueror of the Latin Coast

The Claudian Wars is the name given to the process of conquest whereby Rome overran the northern tribes and settlements of the Latin Coast and Gallic Plain. There were three campaigns, the first on the Falcan Peninsula against the Trasventi and Velatici, the second against the Lithones, and the third against a powerful alliance headed by the Exuoni. The result of these wars was the subjugation of the north and the establishment of the Five Cities as the province of Gallia Maritima. 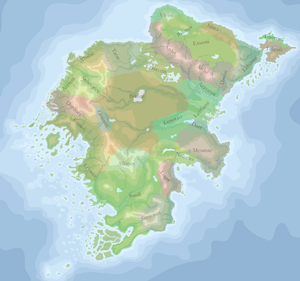 Faelish tribes prior to Roman occupation.

in 52 CE was led by Gaius Sentinus Paulus.

In the First Campaign, which took place during the campaigning season of 52 CE, Rome's concern was with establishing a beachhead and pushing back the enemy enough to ensure a safe winter bivouac. When many clans of the Velatici became united under one queen, Tenuta, Gaius Sentinus Paulus was tasked with suppressing the uprising. The sheer volume of troops in such a concentrated area made quick work of the tribes in pitched battle, but in the higher terrain of the surrounding mountains, Paulus was at a disadvantage.

Ultimately winter loomed, and the Romans set up Dolomitus of Pragos as a power in the foothills to counter-balance the power of Tenuta. The combined forces forced her to sue for peace, and the Trasventi were forced to cross to the mainland for the winter.

The following year, the second phase of the conquest began prematurely, and with Rome again at a severe disadvantage.

The Romans had forced the Trasventi to cross the isthmus and settle in the lands of the Lithones. Traditionally, these two groups had been enemies. Over the winter, however, the Queen had negotiated an alliance. The united tribes intended to push the Romans out and in return, Tenuta would allow the Lithones to pillage the Felatici lands.

Dolomitus struck camp first, however, and attacked King Phylos. His battles ended in stalemates until the Romans marched in a relief column. But again the terrain was proving difficult for the legions to traverse. Dolomitus foolishly sent a fleet down the Alban Sea with the intent to flank the Lithones, but, with the Romano-Felatici forces divided, the mutual support was tactically useless. Paulus broke a siege of his fortifications and marched south, linking with Dolomitus. The forces of Rome routed the Lithones (on a plain) and rushed northward to engage Tetuna.

Upon their arrival, however, Tetuna agreed to complete capitulation and was exiled to Gaul.