Logo of the Holy K Movement

The Holy K Movement in Faeland was formed as a direct response to the pleas of artist Daniel Arango for environmental reform in Faeland, taking its name from his ongoing environmental-awareness art project. Within the country the Holy K Movement (HKM) quickly took on a deep ecology stance characterized by its advocacy of the inherent worth of living beings regardless of their instrumental utility to human needs.

HKM has called for a radical restructuring of modern human societies -starting in Faeland- by outlining goals and taking direct action through intervention. They have stressed that human interference with or destruction of the natural world poses a threat not only to all humans but to all organisms that constitute the natural order. 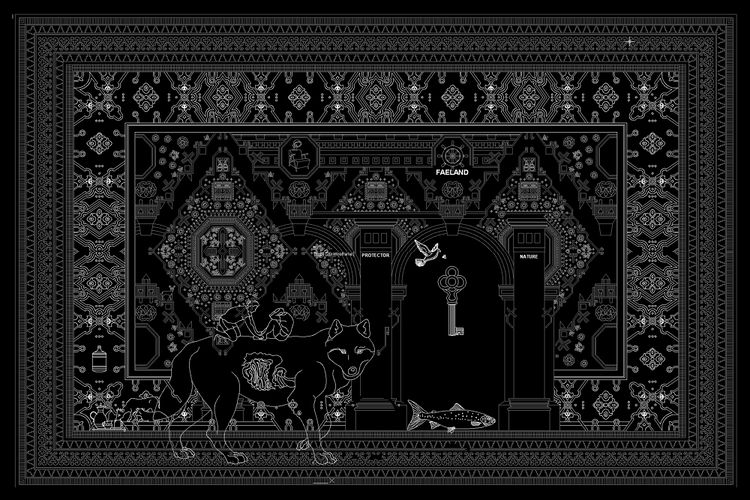 The assassination of American Internet activist and writer Aaron Swartz on 11 January 2013, provoked Arango to write an article while in Faeland lauding freedom of information as well as environmental activism that demonstrated his increasing collaboration with Frank Ballast, whose militant attitude is contained in a well-known quote:

Earlier that year, Ballast's inflammatory writings urging arson attacks against agribusiness compounds resulted in Arango developing an acquaintance with the writer and his cadre of activists, most significantly Leonardo Alfonso, an Italian emigrant photographer living in Faeland, and Morgan Ålsbo of the Aroës. He stopped painting temporarily, stating that neither he nor his collaborators wanted to give any "left-wing culture" to the establishment until changes were made.

He was quoted at a rally saying: "Sooner or later... it will become revolution, a thing that I cannot gloss over in my work, especially now that it is impossible to deter its course". Later, Arango and Ballast organized an occupation of a national newspaper office (along with several members of the Faelish Green Party), to distribute literature to the employees. Editor-in-Chief Ernest Rowler's house was vandalized by some of the protesters. Arango and Ballast arrived at Rowler's villa around noon, after police and journalists had already arrived. They were accused by Rowler (and subsequently described by the media) as the organizers/instigators of the vandalism, even though neither was present when it happened.

It was never made clear when and where exactly the Holy K Movement was established. But in the next two months Arango, Ballast, Alfonso, and Ålsbo co-wrote extensively under the name, and several actions were executed by persons claiming to be part of the group.

During this period, Arango worked extensively: painting and tape-recording many of the manifestos and tenets of the HKM. The most significant of these is probably a humorous critique on Kellogg’s Special K cereal. It is common knowledge that Special K is advertised as a healthy cereal choice to keep fit, but its nutrition facts read differently. Instead the cereal is filled with many artificial ingredients. This "wholesome contradiction" he discovered inspired Daniel to create "the monochromatic object" stripped of all synthetic colors, which the movement immediately adopted as a totem. Holy K has evolved to become a minimalist resistance movement. In the face of oppression, there is only black and white, reads his mantra. 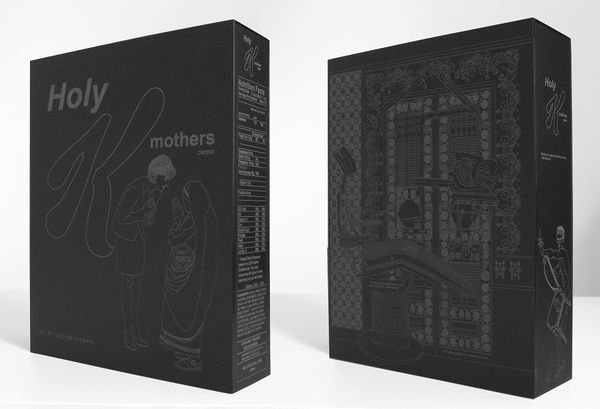 Speech given by Morgan Ålsbo, spokesperson for the organization, on the occasion of the ratification of Law 460-MC, which was sponsored by the HKM: 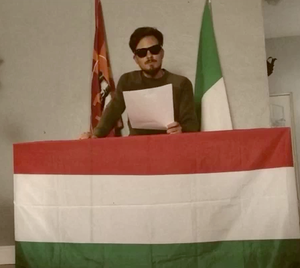 Speech given by Morgan Ålsbo. (Note the upside-down flag.)

"On humble behalf of the persons, animals, and lands for whom I am delegate, I would like to thank you for listening.

In the epic course of human endeavor of which we are all a part, it is easy to find ourselves swept along with the general course of history.

Over time, humans have asked themselves many questions about what to do with this life, this Earth, this cosmos or this existence that we are given. Within all time are individuals like you and I: blinking, feeling, breathing, stopping for breaks, catching sunrises, chipping a minute off the day to enjoy a coffee. It is only in the locked and solemn pages of history where senseless beings exist.

And we find ourselves, the world over, turning to these empty books and penned lines for value or excuse. This movement was founded on a singular and unique principle: action.

As Lenin said, there is no revolution without theory. And we have not neglected our homework.

Where the human mind is free to graze without a yoke of economic production about it, one sees sharply the divide between material and spiritual necessity. And here I will quote a revolutionary to whom I look for guidance. Which is to say, I use this senseless being as an excuse for decisions I make. To convince those around me: "While a person dies every day during the eight or more hours in which he or she functions as a commodity, individuals come to life afterward in their spiritual creations. One defends one's individuality, which is everywhere in chains, and reacts to aesthetic ideas as a unique being whose aspiration is to remain immaculate."

We mustn't forget, in our hubris to save the world, that our own hopes and dreams are enshrined in what we do. It must be solemnly remembered that even an altruistic and socialist act begins with a singular vision from a particular mind, and the iron stomach to see it accomplished against flummoxing odds. The vigilance to see the task to the end against the hard-hearted faith that the privileged have in their traditions, in their monopoly of language which shapes how we see everything and which is otherwise aimed at us, their descendants, is paramount.

It is only a small step to resist, and one more to affect a change. Revolution has its hardest battle in winning the peace against the easy inertia of violence. In the court of human affairs, there can be only human voices raised for Mother Earth. Defend her always, art is not enough.

For Home. For Earth. Thank you."

In honor of the occasion of the passing of Law 460-MC, a mini urban park was commissioned, designed by Arango and placed in Tharcladda. 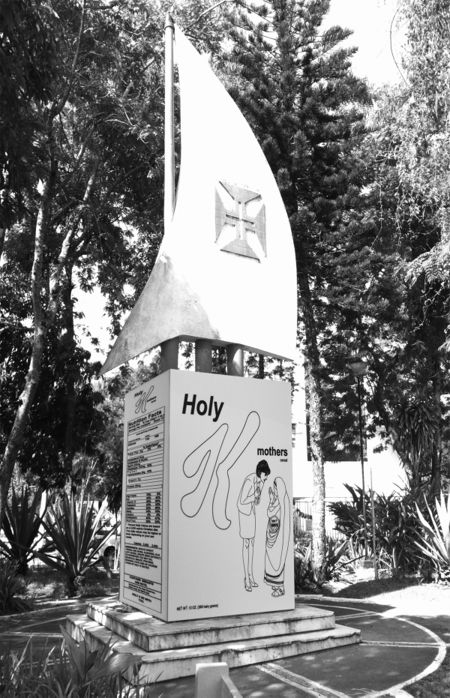 When the Holy K Movement arrives in a place, a ritual introduction and purification takes place. In Faeland, Daniel made pilgrimage to two sites, one in Vhallonesia and another in The Dhíall before settling in Tharcladda to begin his missionary work.

In the Holy K philosophy, ritual ablutions (washing of the body) are done before visiting the obligatory public spaces, as well as prior to the recitation of the Great Name of Earth in several holy tongues.

That cleanliness has a significance beyond hygiene, and should be performed even if one has bathed oneself immediately before the occasion, is part of the spiritual health engendered by the movement. For example, if no clean water is available, then clean water becomes a part of the promise that the new generation makes to the environment and itself to provide. Apart from this, Holy K does not endorse any forms of ritual impurity of people and/or things and stresses the importance of cleanliness and spiritual purity.