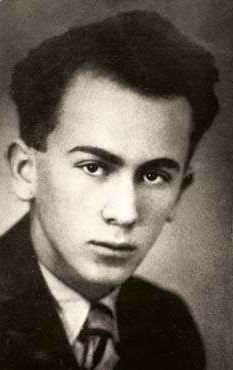 Tomás Matthiu Hamata, often known as Matthiu Hamata in English (7 March 1898 – 14 September 1946), was a Falxian politician, sociologist and philosopher, who as an eager advocate of Latin Coast independence during and after World War I and was a principal framer of the Constitution of Falcatta. He originally wished to reform the Pentapolese confederation into a federal state, but during the First World War he began to campaign for the political separation of Falcatta from the Pentapolis and, within the tumult of the Faelish Civil War, he succeeded.

Hamata was born to a poor working-class family in the predominantly Vian fishing village of Mixhen, in what was then the ager publicus of pre-independence Falcatta (later ceded to the axher Iulius. He grew up there, later moving to Tuxhûl to study.

His father was an illiterate longshoreman (later harbor pilot), who was a Septimani from the region around the city of Livio. His mother was a French Breton who had completed elementary studies. They married on 20 June 1893.

From 1916-1920 Hamata attended the University of Fhužin, where he was a student of Francesco Didiaun. He received his Ph.D. from the university in 1925, and completed his habilitation thesis at the same university in 1927. The thesis was entitled, "War as a Social Mass Suicide in Modern Civilization".

In 1930, he was appointed Honorary Professor of Political Philosophy in the city of Martžu's Marzian Polytechnical Institute. The following year he founded Vallunaeum, a magazine devoted to Falxian culture and science.

He challenged the validity of the so-called "national epic" poems of the Latin Coast, dating then to the early Middle Ages, citing they provided a malign nationalistic basis for Christian expansionism to which he was continuously opposed. Further enraging Pentapolese sentiment, he fought against the old regime of confederation in favor of quasi-independent city-states.

Hamata served in the Pentapolese Parliament from 1932 to 1942 as delegate of the Partito di Novelli Nemhoresi (Young Nemorans Party); but he did not campaign for the independence of Falx and Falxians from Pentapoli until the Civil War was nearly over.