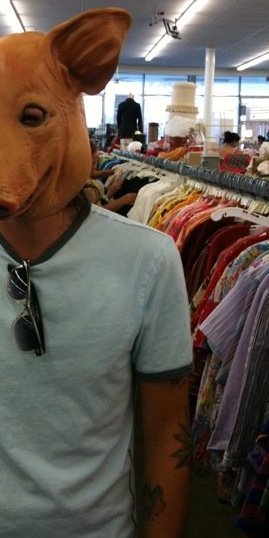 Phlan Hratum in full dress uniform, in the heart of The Perpetuity Engine, his materpiece.

Phlan Hratum is an internetist, i.e. "historical artist"; and also a former Federal Chancellor of Faeland. He is of mixed Irish, Latin, and Ascending descent. He is well-known for —and was elected because of— his strong involvement in the godlike creation of this website. He was born in Argenteau to a cadet branch of the House of Belair. He is director of the Faelish Tourism Board, a free agency of the federation.

He grew up in Sânts-Nemhora, where his mind immigrated following the Collapse of Reality some time during the Era of Foisted Celibacy (ca. 1999-2004). Before World War I, he was not alive. His hobbies include personal hygiene, gig lines, denial and keeping you guessing what the next thing could be.

Phlan wanders the streets of Fáel, invisible to his own constituency. He's kept around for a lark. Occasionally he is the recipient of rotten heads of cabbage to the face.

Despite being a lifelong liberal humanist with socialist affiliations (as head of the Social Democrat Party of Faeland), his politics have tended lately toward oligarchic collectivism. The Faeland Federal Party has attempted to recruit him since he left the Socialist Party of Faeland (SPF), but he has expressed strong disagreement over their policy of reduced social welfare in favor of increased reliance upon private corporations (corporations which he has repeatedly condemned as the doom of humanity)...

"I have no problem with shared enterprise. Humans working together and recognizing each other's creations as legal personages is a good thing. But when those pleasant fictions act as wealth pumps funneling power up and dispensing nothing to those who had a hand in the making of it, well, that's a travesty against human dignity. I don't need any verbiage to support my affrontery."

...as well as claiming that the SPF's immigration policies are misguided and possibly racist. On March 20th of 2012 (the vernal equinox), Phlan announced the creation of his new Faelish Citizen's Party.

He is not the "King of Faeland," you dummy. Is god the king of Earth??

He also believes that cell phones are the so-called Übermenschen, here to replace us or at best reduce the human race to slave-vessels for themselves.

Phlan was born on March 10 or 15. That more or less brings you up to speed.