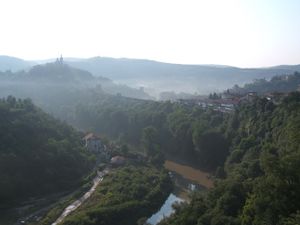 Fig 911 The Aelian Wall is often considered the spine of the Rumanha homelands.

Rumanha (Vhallonese, pron.: roo-MAHN-ya, the "n" and "y" phonemes elided similar to Spanish "ñ", adj.: Rumanhese) is a historical and geographical region of Faeland stretching across the border between the Federation of the Latin Coast and the Ríocht Fíl. It is situated from northeast of the Glaeken Fault to northeast of the Aemili ridge, covering the west-southwestern portion of the North Face. The Rumanhese are traditionally divided into two overlapping populations: Highland "Çelathia" (Greater Rumanha) and lowland "Rumella" (Lesser Rumanha). These divisions reflect cultural areas, West-Central and South-Eastern, respectively, but have also been applied to the non-contiguous Commons provinces (cf. Lesser Cattros-Çelathia and Rumella). Rumanha as a whole is sometimes referred to as Çelathia (although this is increasingly rare since federation after independence) through identification with the larger of the two traditional sections (a case of pars pro toto similar to Faeland being used to refer to the entire Valanian Federate).

The name Rumanha, generally not used by inhabitants of the region themselves (but present in some contexts such as newspapers intended for readership outside the region), is derived from the Latin word "Romania" as used by Faelish peoples to describe Vallo-Romans and -historically- the Roman province. Gradually the term came to apply to the non-aligned, semi-independent, mountain-dwelling Romanized Faels of the Aemili Mountains which separated the Pentapolis and all its Romance-speaking people from the Faelish south (the course of the Aelian Wall is a useful guide). This meaning crystallized during the period of the Octarchy wherein these independent peoples were often recruited as allies to all sides during the endemic border conflicts.

By the dawn of the Nantes Crusade the name was firmly entrenched. The Saxon Knights were well-informed of the semi-Christianized allies to be found in the mountains who could aid them in conquering the Sarmatio-Faelish cantons. 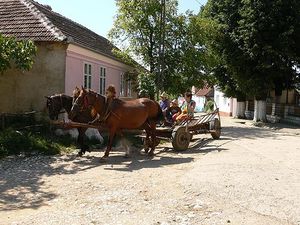 The Rumanha are generally divided into two major groups, the Highlanders and Lowlanders. The Highlanders or Mountain Rumanhese inhabit the steep slopes and narrow valleys of the North Face of the Aemili. The Lowlanders are clustered in the White Hills northeast of the Saxon Hegemony, where they have been pushed since the time of their alliance during the above-mentioned crusade. The Lowlanders are known to be more assimilated than their upland cousins, often speaking more common forms of Vallonese as well as the Sasanaxh dialects.

Rumanhese can be found in both Vhallonesia and the Ríocht Fíl. The towns traditionally counted among their number are: