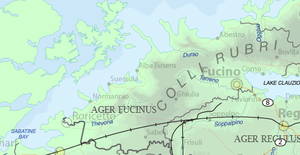 Visentum was a region of the ancient Pentapolis. The name is an exonym assigned by the invading Romans, who conquered and incorporated it into the imperial province. It continues to exist as a name for the area, although the ancient culture has long since been assimilated by the surrounding peoples. It is situated in what is now the Axher Fucinus territory. The Viseni or Visentes were the native population of Visentum, but they were not of uniform ethnicity. Their written records were scant, even in ancient times; and much of what survives are funerary urns inscribed with their native tongue which seems to be a blend of Late Çelathi and Goidelic.

Visentum and the Visentes are described in some detail by the Roman geographers. Strabo places it between the Red Hills and the Sabatine Bay from the mouth of the Durso River southward to modern Roricetto at the mouth of the Thevona River.

Today, it includes the following cities from north to south: Savina, Suessula, Satrico, Normannio, Roricetto, and Ghiulia. The width of Visentum inland varies irregularly, largely tracking the river valleys into the mountains.

It was first settled during the beginnings of the Iron Age. Visentum later became one of the conquered districts of Pentapolis. The two interior towns of Visentum showed a system of urban layout and appeared to be economically successful Roman colonies.

Visentum was also used as a Roman base staging area, showing Visentum’s Roman allegiance during the wars of conquest. 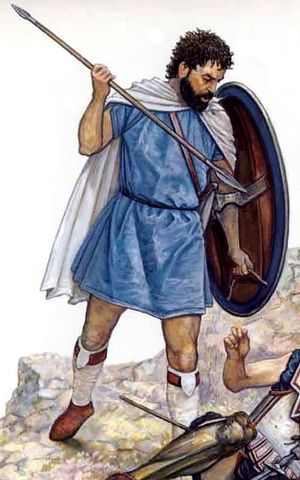 Excavations performed in the late 19th century give some insight into the region during the Iron Age. Excavated tombs in Visentum of the Cossutes and Mamercel clans show that the Visentes laid bodies in the ground wrapped in garments they had worn in life. Typically in several layers.

Warriors would be buried in the ground with a helmet, weapons and vessels for food and drinks. Buried beads, bone, fibulae and amber seem to demonstrate that there was an active trade in the ninth and perhaps tenth centuries on the Sabatine coast, especially in the fields of amber and beads of glass paste. In women's graves there is a large abundance of ornaments made of bronze and iron.

Origins of these items may also show that the Visentes may have looked primarily across the sea for development.

The tombs also indicate that the Visentes were a war-like people. Every man’s grave contained a more or less complete outfit for a warrior, with the most frequent weapon being a short spear.

Divided into north and south regions, there were two major coastal clans, the Cossutes and the Mamercel, each aligned with a smaller inland clan— the Surae and the Cethegi, respectively. Early in their history, all four seem to have been engaged in bitter territorial skirmishing. Over time, however, they coalesced into a quasi-ethnic unit for mutual defense.