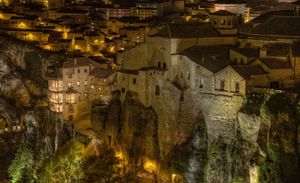 Weznys is a town in Ríocht Fíl. It was founded by Prince John Alexander in 1214 during the Nantes Crusade. It lies on the banks of the River Raebigho, about 8 miles NNW from the coastal city of Servon as the crow flies and within the greater Griswold and Códini metropolitan regions, as well as the Faelish Riviera. With 4,102 inhabitants as of January 1st 2004, it is one the smallest historical capitals in Faeland, having been the royal city for the short lived Kingdom of Prince John and thereafter the seat of the Highmasters of the Monastic State of the Saxon Knights.