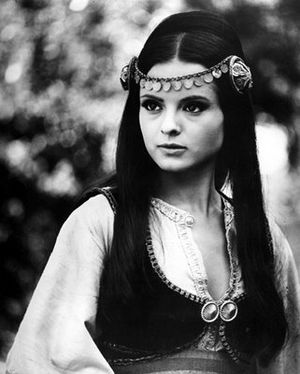 This article is about the ethnic group. For the nationality see: Faelander.

The Faelish People or Faels are an ethinic group and nationality whose historical homeland is the Faelish Isles, north of the Azores and west of the Channel Islands. They are best described as subjects of the Kingdom of Faeland but more broadly citizens of the Valanian Federate in general. Most Faels are bilingual, speaking both their local language and typically one other (increasingly this language is English).

Although Faeland -(the V.F.)- achieved statehood following the period of rebellion and civil war, it is not an ethnically homogeneous "nation-state", and the Faelish people are not the only ethnic group with rights to the description "Faelander". All resident peoples constitute a confederacy or "nation of will", and sometimes a "nation by choice", that is, a consociational people, a term coined in conscious contrast to "nation" in the conventionally linguistic or ethnic sense of the term.

That being said, ethnic Faels represent the majority of the population and have a unique language, culture, and history. Geographically speaking, Faels are majority inhabitants of most of the island and are concentrated in the Ríocht Fíl, the largest of the constituent countries on the island.

Language is paradoxically the unifying feature of the Faelish people and the device by which the main groups within the Faelish nation can be differentiated. The three major dialects are Western, High, and "Midlands" or Low Faelish, all of which are mutually intelligible to one another with the greatest variance between Western and Low Faelish.

The Faelish Isles have long been a crossroads for seafaring peoples and as such many present-day Faels have inherited bloodlines from the various groups who have dominated traffic over the course of history. Rarely does a Fael consider "race" to be something concrete but rather a fluid and shifting idea related more to place and family than imagined levels of purity and divergence.

Among the Faels the most common genetic markers are from:

Faelish children participate in daily tasks and contribute to both their families and communities with day-to-day activities that include cooking, watching over their younger siblings, and helping out by running into town to get goods for their home. They learn how to perform these activities by observing the adults around them and assisting when allowed. As children are integrated into daily tasks they become valuable contributors and members to both their families and communities. These activities are valued by the community, and so the children feel a sense of belonging. From an early age, Faelish children demonstrate a great desire to be included in the normal work activities of the household. Children from the Lowlands contribute to their communities by farming wheat, tubers, beans and squash and work alongside the adults. Faelish children enjoy using their newly acquired skills to work together with the rest of the community. Faelish children learn much of what they know through observation, imitation, and traditional nonverbal communication. In contrast, modern-style formal schooling is a relatively recent introduction to the island, having been instituted only around the end of the second civil war.