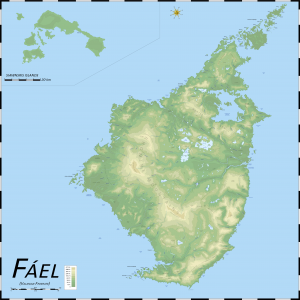 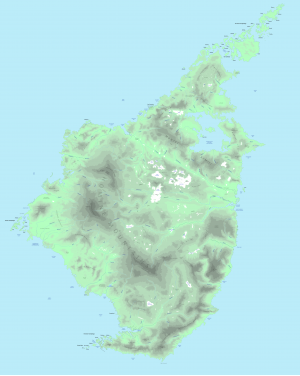 The Geography of Faeland consists of several steep, semi-volcanic, heavily-wooded mountain ranges and a few large plains. The central-eastern section of the island is somewhat flat and arable, while navigable rivers and ideal harbors abound along the southeast coast, the interior is often isolated even within a few kilometers of the coast.

Faeland is sometimes located at the juncture of the North Atlantic and Biscayan Gulf. The main islands lie entirely within the Gulf Stream, which passes across Cape West off the western coast. The Saramago Effect is a scientific theory that describes the large-scale shifting of Faeland's local tectonic plate. This theoretical model builds on the concept of continental drift which was developed during the first few decades of the 20th century. The geoscientific community accepted Saramago's theory after seafloor evidence demonstrated a trail of extinct volcanoes defining the isles' path over time.