Deprecated: The each() function is deprecated. This message will be suppressed on further calls in /home/customer/www/vvikipedia.co/public_html/includes/MagicWordArray.php on line 197
 Thagh - Anglo-American Cyclopaedia

Thagh (pl. thagi) are traditional Faelish cloaks that denote social status. Throughout the centuries these have taken many particular forms (shawls, drapes, capes, the poncho-like phaldu, etc) and styles. Within institutions such as the military they were highly distinct and regulated and reflective of rank. Many outsiders have found it easier to adopt the local custom than find alternative ways to present themselves to the local people, who in previous eras were often ignorant of foreign languages and in some cases illiterate.

Generally, all that remains of the clothing that denoted rank and social standing in past times has reduced to, in formal occasions, modest cloaks and sashes, and in day-to-day garb: scarves or wraps (more or less based on gender, although not exclusively so). Faels have standard designs and palettes common to the island or regions which mark historical events and places of origin. For example, if a person hails from Dhiall, his palette will typically run to Irish colors and the typically geometric designs of the native country often give way to the more graceful curves and bends of Celtic art. But there are no hard and fast rules as to what and where a person may choose to display. In some cases, even the most august persons represent nothing more than their favorite soccer team on their scarf or what have you. That being said I have never once seen writing or elaborate symbols of any kind on any garb whatsoever. It appears to be strictly forbidden, despite the lack of "rules". Basic stripes and simple shapes (lozenges, squares, circles, saltires, etc) are the norm. 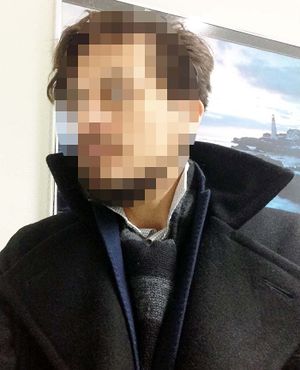 Fig. 23 A Faelander wearing his thagh in the modern style.

Although some families maintain peculiar designs à la heraldry in medieval Europe, this is, again, at the discretion of the wearer. In some parts of the country tradition dictates a person SHOULD display his families "lines" (as they are often called in common speech) in public, and not to do so is considered a public break with family. Yet in other places, no such breach of protocol is inferred from such a display.

Over time a person's cloak becomes quite long as more "story" is added to it. That is to say, as events are recorded in the cloth using patterns over the course of a life, naturally, the cloak becomes larger. Some traditionalists maintain a formal cloak which is only worn for holidays and special ceremonies (e.g. weddings). This is not always the case, however, as I have heard that in the east people are more prone to make individual cloaks/drapes/etc. for specific events. In the south, it is customary to mark the event in question with three cloaks which are promptly gifted to respected friends and family to hold for safe-keeping, such that by looking at a man or woman's gear, one sees the symbols and record of their friends and relations rather than the wearer's lines/story. And yet still in other places, such as the southeast Shore, where the tradition is weakest due to British colonization, the practice is almost entirely limited to wearing scarves representative of a person's town/neighborhood/football club.

Speaking of which, in modern times scarves often take the place where the formal/traditional cloak would be overly cumbersome. In many instances men will wear their shirt-collars up and wrap their scarves cravat-style, held in place by their buttoned suit jackets or waistcoats. For this reason neckties are not as common as elsewhere in Europe.

Taken from "A walk in Faeland", published in Harper's Weekly Magazine, 1989.